After studuying journalism he moved to film, first working as camera assistant and then directing short films. After some experience in Barcelona he moved to Edinburgh to study in a Directing Film MA at Edinburgh Napier University and Screen Academy of Scotland. “Mura” will be his graduation film for the Masters course. Ben’s directing credits include “Post-it” (short drama, 2012), a 5 minute film shot on Arri Alexa and “Liberi Tutti” (short drama, 2011).

Julian is a BAFTA winning Director of Photography, and doumentary filmmaker with 8 years experience in drama and documentary across all professional formats. After working in the German film and television industry for a while, he gained a place at a renowned Cinematography school in Dortmund where he concentrated on documentary work.He currently lectures undergraduate students in camera and lighting at the Screen Academy.

Chico Pereira’s fiction short films explore the idea of physical and psychological entrapment: a man caught in a ventilation shaft in attempt to get into a Disco (2010), a father condemned to relive his memories endlessly at 6,05 pm (2008) and even a movie hero trapped in the wrong film in The Way To Macondo (2009). 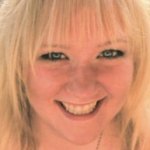 Katri Vanhatalo is an ambitious undergraduate student at Edinburgh Napier University, going into her final year of study in autumn of 2012. She has worked on several 2012 MA and MFA films at the Screen Academy in production and assistant director roles. In her studies she is also concentrating on directing and screenwriting.

Claudia (Liz) Litzka is a hard-working postgraduate student at the Screen Academy Scotland and has produced 8 short films within the last 7 months. Her most recent produced film which is part of the 48 hour film competition in Edinburgh is being screened at the Cameo. She is currently working as producer, art director and production manager on three other projects.